It seems that prescription drug abuse by Island youth is more of an issue that we previously thought. This is a great way to get rid of those old, half-empty medication bottles and learn more about how to keep medications safe and away from inquisitive fingers!

Year Round
Vashon Pharmacy
Dropbox at rear of store 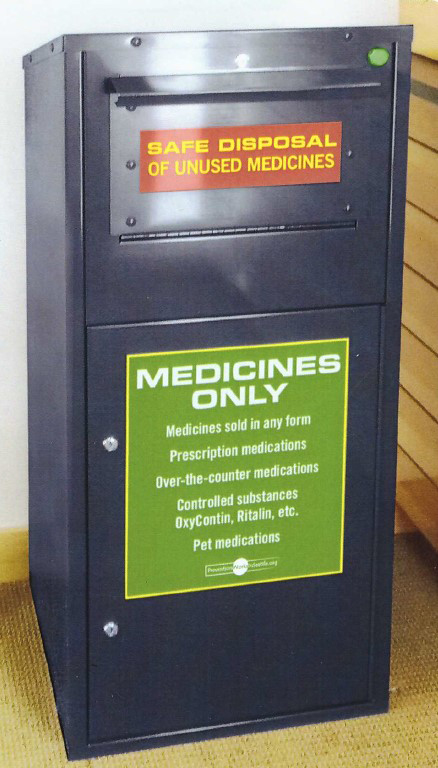 Prescription Drug Take-Back Day aimed to provide a safe, convenient, and responsible means of disposing of prescription drugs, while also educating the general public about the potential for abuse of medications.

Twice a year Islanders had a safe opportunity to clean out the medicine cabinet - now you can do it year round, using the dropbox at the pharmacy.

VARSA is still offering free medication lock-bag to keep prescription drugs (and other things) away from curious fingers.

At the last two drug take backs, in partnership with Vashon Pharmacy and King County Sheriff’s department, VARSA collected a total weight of 180 lbs of unwanted or expired prescriptions. Pharmacist Myra Willingham commented, “It’s a great partnership, and we appreciate the opportunity to provide this service to our community.”

“It’s a real eye-opener to see what 120lbs of prescription medications look like,” said Drug Take Back coordinator Lee Kopines. “And it’s frightening to think there is that much redundant medication out there that is accessible to those who do not have a prescription to take it.”

Over the counter medicines are placed in special trash bags for disposal, while prescription drugs are emptied from their bottles, boxed up, and removed by the local sheriff. “The sheriff is involved because we are dealing with narcotics; we want to both protect the public and ensure once these drugs are handed in they are correctly disposed of.” said local officer, Jeff Hancock.

In recent years, there has been a dramatic increase in prescription drug misuse or abuse. This increase has led to a corresponding increase in ER visits because of accidental overdoses as well as admissions to drug treatment programs for drug addictions. With prescription drug use and abuse rising in schools, it is more important than ever to track and safely lock away medications such as opioids used to treat pain, anxiety and sleep disorder medications, and prescriptions used to treat attention deficit disorders.

Kopines concluded, “We see Drug Take Back Day as an opportunity to do some spring cleaning, and the chance to educate the public on the real dangers of prescription drug abuse."

According to a recent study, nearly one in five teens in grades 7-12 say they’ve used prescription painkillers such as Vicodin or OxyContin or stimulants such as Ritalin to get high. One in ten report having abused cough medicine. SAMSHA reports that after marijuana, prescription medications are the most commonly abused drug by teenagers.

“Prescription drugs are popular because they are easy to get, they are perceived to be safe, and they do not have the stigma that other drugs like cocaine, heroin, or methampetamines have. Peer group approval is a big factor. If ‘everybody does it,’ young people think it must be okay.

They’re not buying it on the street, so they think it must be safe. But just talk to a paramedic or a doctor who has treated a young person who has overdosed on over-the-counter or prescription medicines. These can be as life-threatening as heroin and need to be taken as seriously.” ~Jim Steinhagen, Executive Director of Youth Services, Hazelden Center for Youth & Families, MN